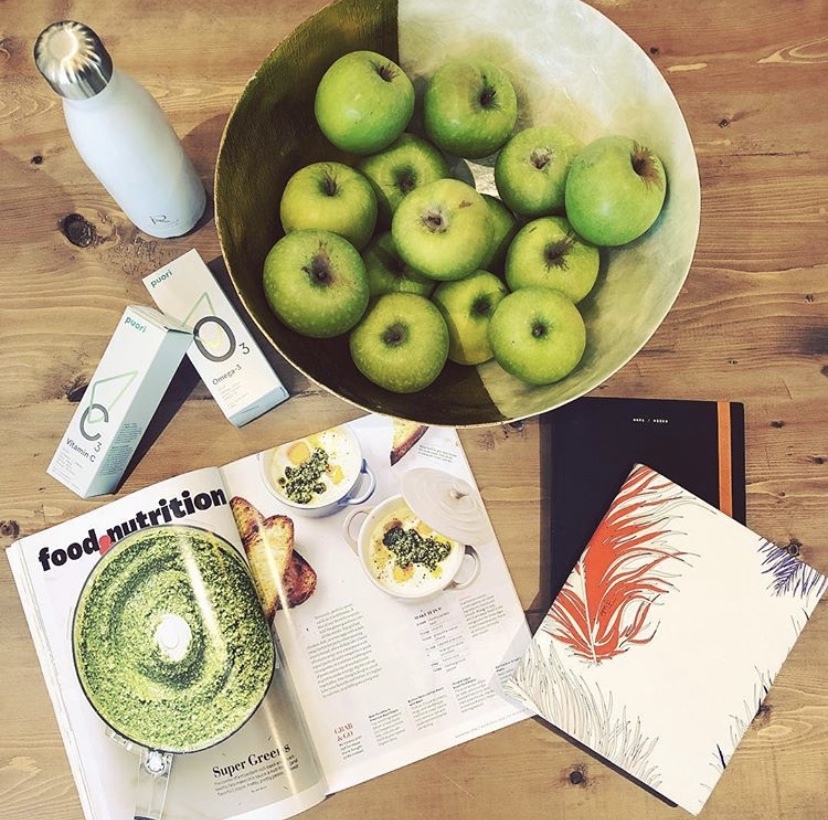 The different meanings and intentions behind a "diet"

Diet can be a bit of a tricky word. When it’s used in conversation many people tend to immediately react negatively because it brings to mind things like restrictive fad diets or crash diets. It’s important to recognize the difference between the different usages of the word- whether in the context of its first meaning; “the kinds of food that a person, animal, or community habitually eats” i.e describing food choices/preferences/caloric intake in general, or the second meaning of the word: “a special course of food to which a person restricts themselves, either to lose weight or for medical reasons.”

So the trendy thing to do now and the general sentiment of the rhetoric that’s spewed by several blogs and wellness platforms is to “ditch the diet,” practice moderation and eat intuitively. While this is a great message in that it helps to promote healthy relationships with food and encourages fostering a more positive mindset, it does have its downsides, like just about anything in life.

More recently, when someone wants to make some kind of change to their physique it’s often discouraged by society and the people closest to them. Especially speaking for women, we’re encouraged to love our bodies and embrace our imperfections; which sends an overall message to be comfortable in our own skin and let go of insecurities. This in and of itself is a powerful message and I gotta say I appreciate the intention behind it. I love that people have increasingly recognized that being beautiful, fit or strong doesn’t mean you have to fit a mold and look one particular way or have certain physical traits. I’ve seen this message change the attitudes of so many people, not just women, and I think overall, it’s had a positive impact on people’s confidence levels.

The general acknowledgment that everyone is on their own journey, fighting their own battles, and have their own goals and timelines is so important for positivity to thrive in the fitness community. I used to hear things all the time along the lines of “he takes class almost every day and he’s looked the same for the last year” -- Comments like this that fuel gymtimidation were always tossed around so casually so often, usually accompanied by a negative and condescending tone, and only more recently are people actually thinking about that person who comes in and puts in the work each day. Maybe he’s happy with how he looks. Maybe he isn’t necessarily working towards any specific goal, but just attends his favorite class or works out in the gym to relieve some stress and maintain his weight. Or maybe he has a medical condition that hinders his ability to lose weight or make significant visibile changes to his physique with ease. So while you may be working towards a certain number on the scale or some major change to your physical appearance, it doesn’t mean everyone else is working towards the same end result.

So here’s the downside. In line with the message of loving and appreciating your body, I’ve been noticing that often times, friends and loved ones will attempt to deter someone close to them from chasing after a fitness goal. When someone expresses a desire to change something about their body, the response from friends and family is often discouraging. Not in a detrimental kind of way; I really do think it comes from a place of love. But if person A wants to lose 5kg for her sister’s wedding, it doesn’t necessarily mean she is self-loathing and lacks confidence. It’s preference. If person B wants to lose 10kg to get back to a more comfortable maintenance weight, it doesn’t mean he has a negative body image and sees himself as morbidly overweight. The desire for change doesn’t always mean that this person needs help or needs the “love yourself” talk. It could just be that they’re after some extra fulfilment from achieving a fitness goal and desire more direction in their routine.

That said, changing something in your diet is sometimes what needs to happen in order for you to arrive at your goal. This might mean being a little more structured and measuring your food for a period of time. Or it means having a little less of your favorite calorie-dense foods. I think the key here is understanding that it’s temporary; and in order to reach a stage where you actually are able to eat more intuitively and control your portions on a day-to-day basis, that phase of more controlled calories is necessary to avoid setbacks or regressions in progress.

So just because the words “diet” or “dieting” do have negative connotations, it doesn’t mean that it’s a negative thing to change things about your diet to improve something about your body, nor does it mean you are self-loathing or insecure. If you decide not to go after a goal, then make sure it’s because you have the conviction that it doesn’t serve you, not because someone told you it doesn’t serve you.